Heaven at your fingertips 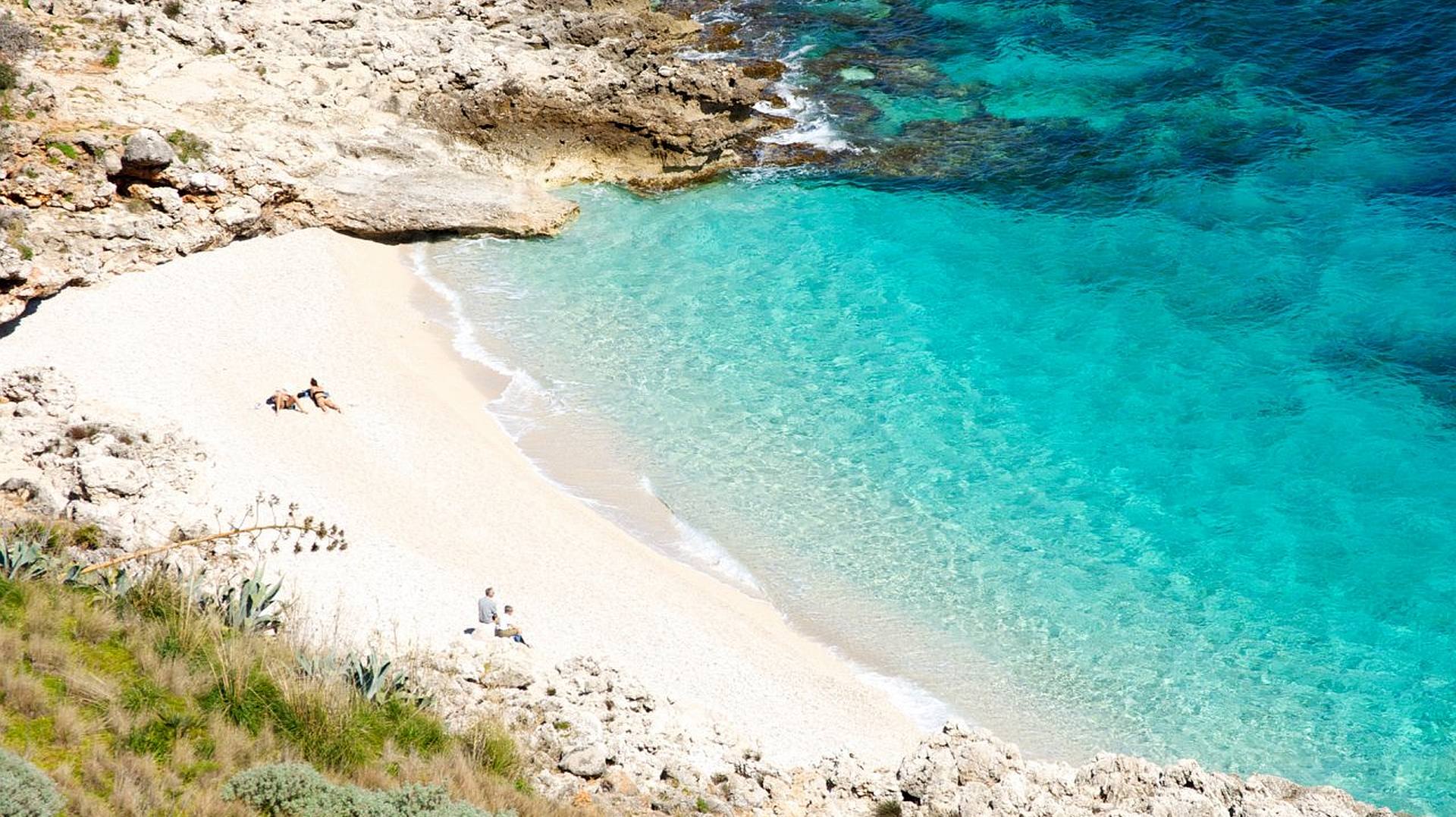 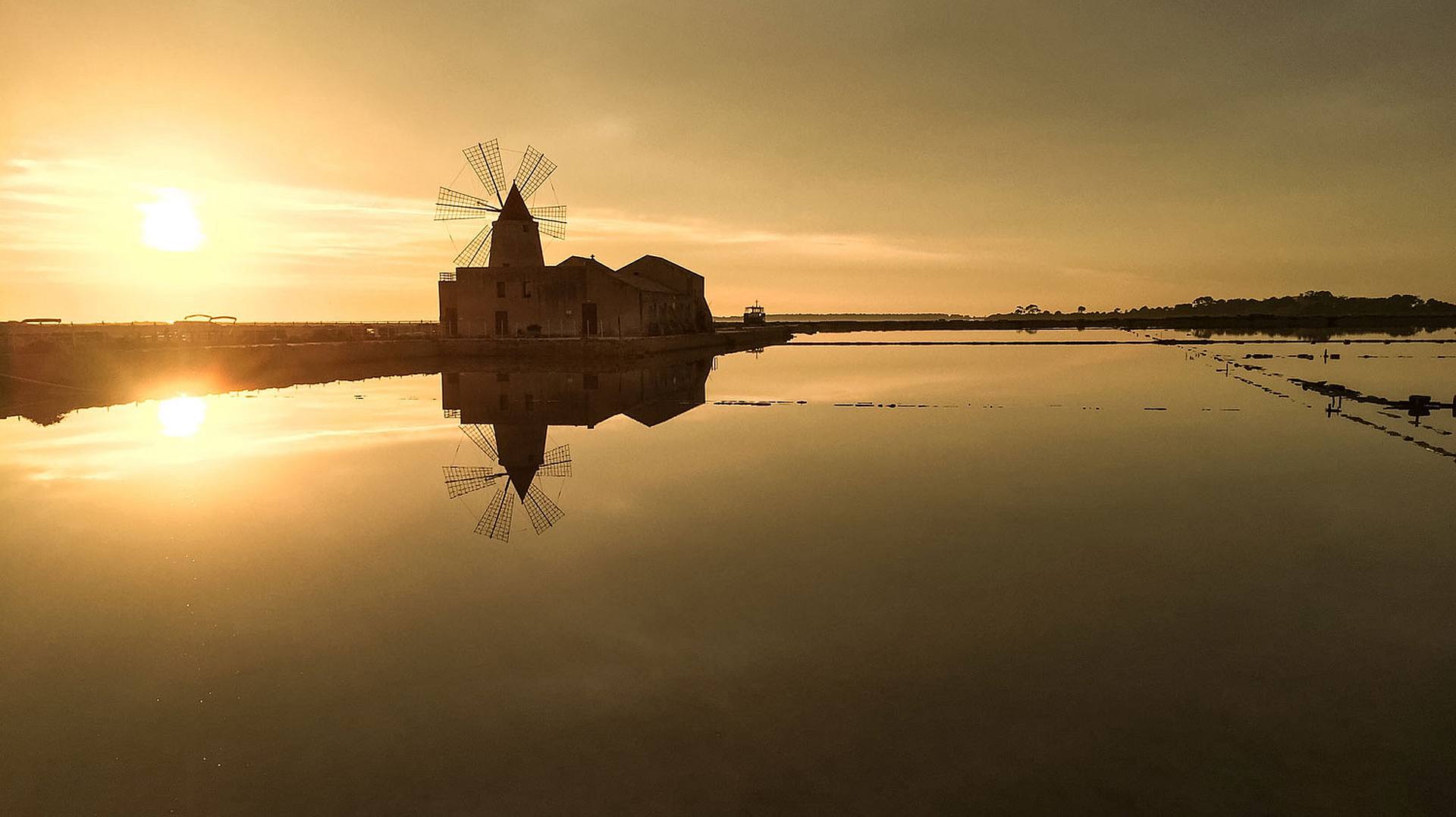 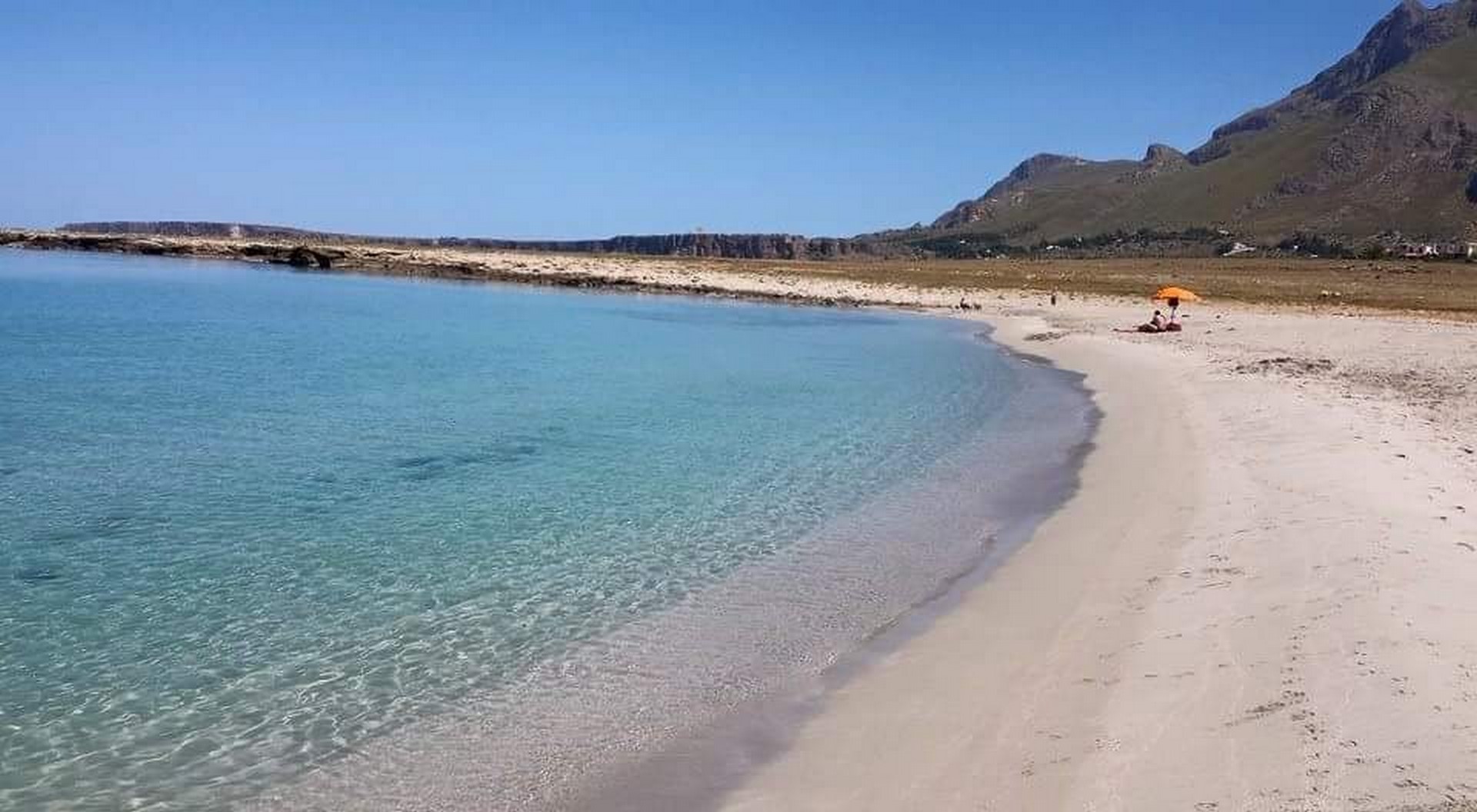 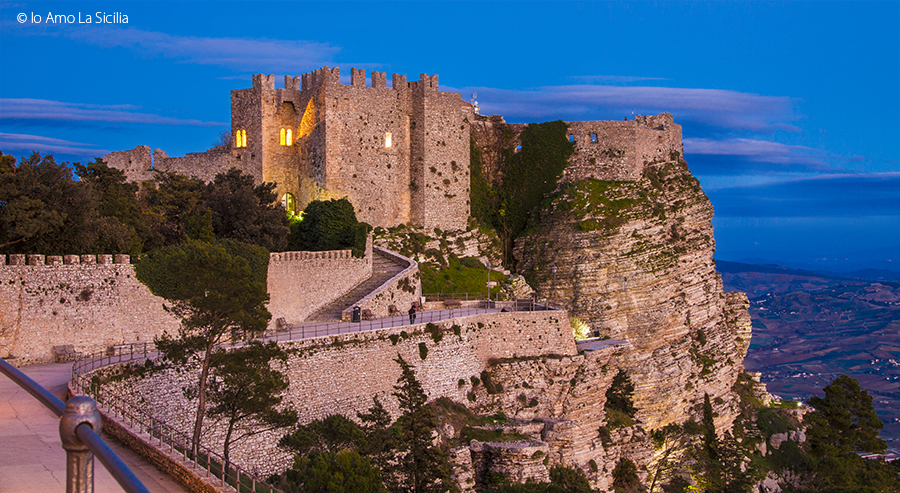 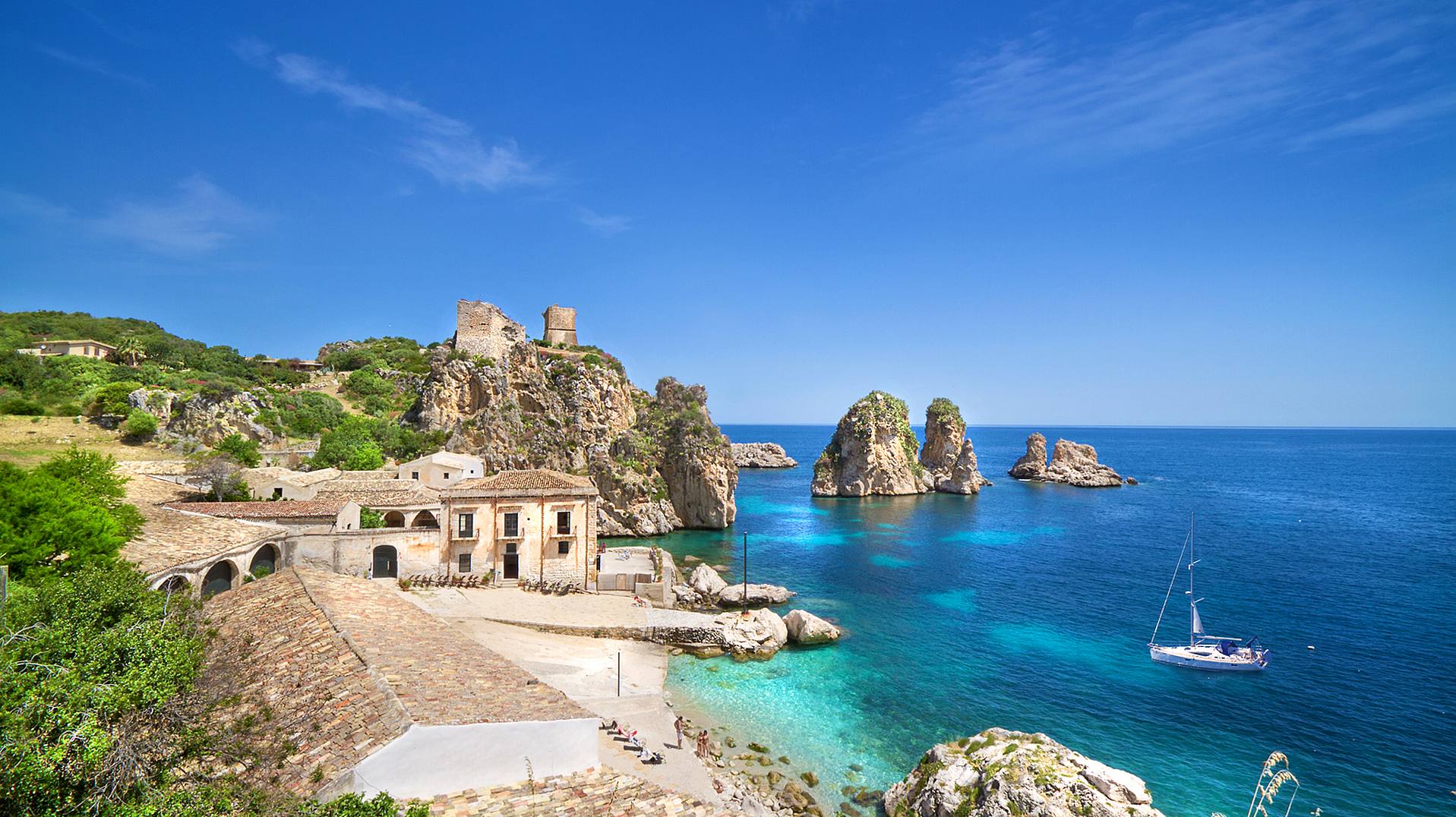 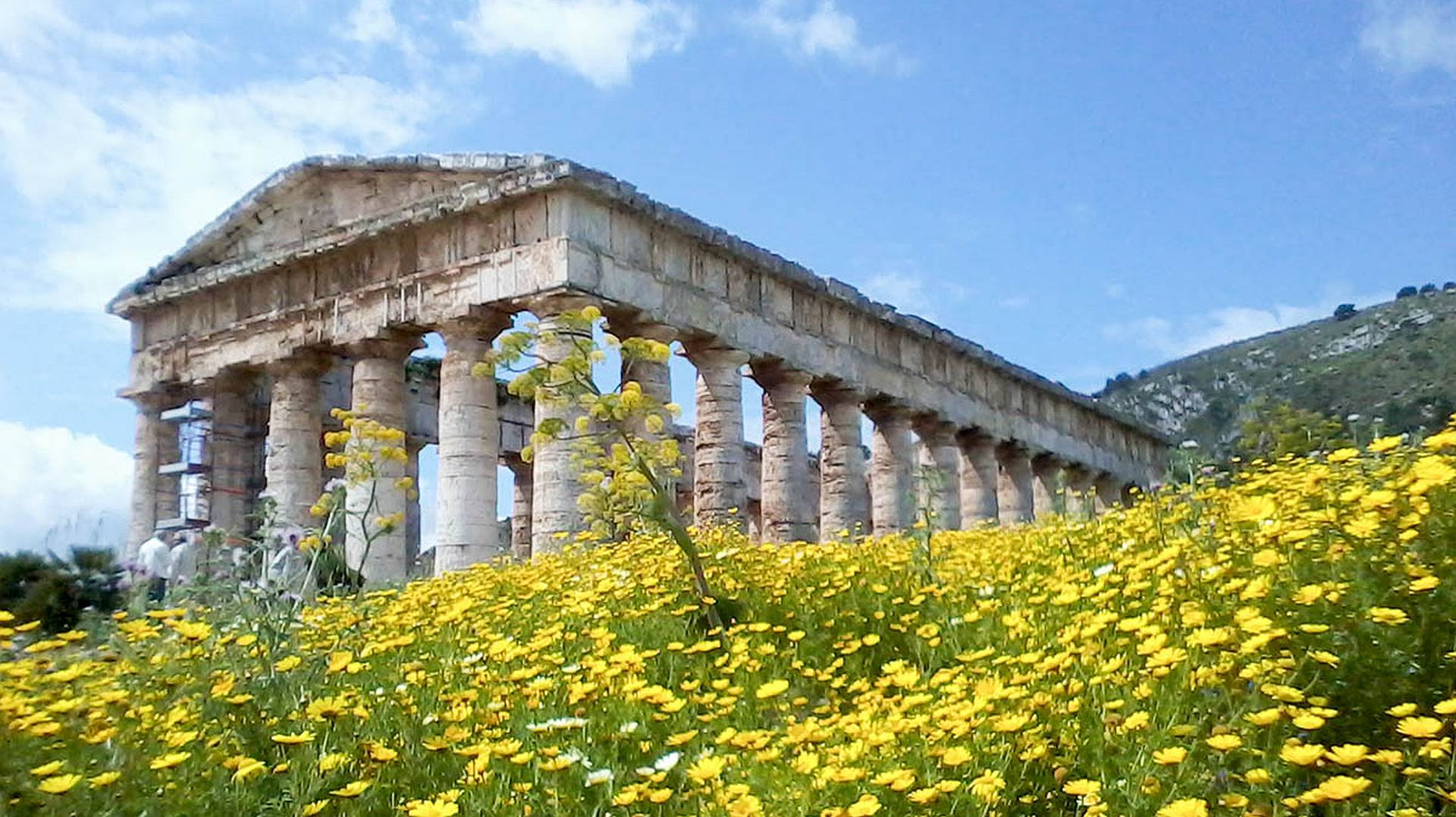 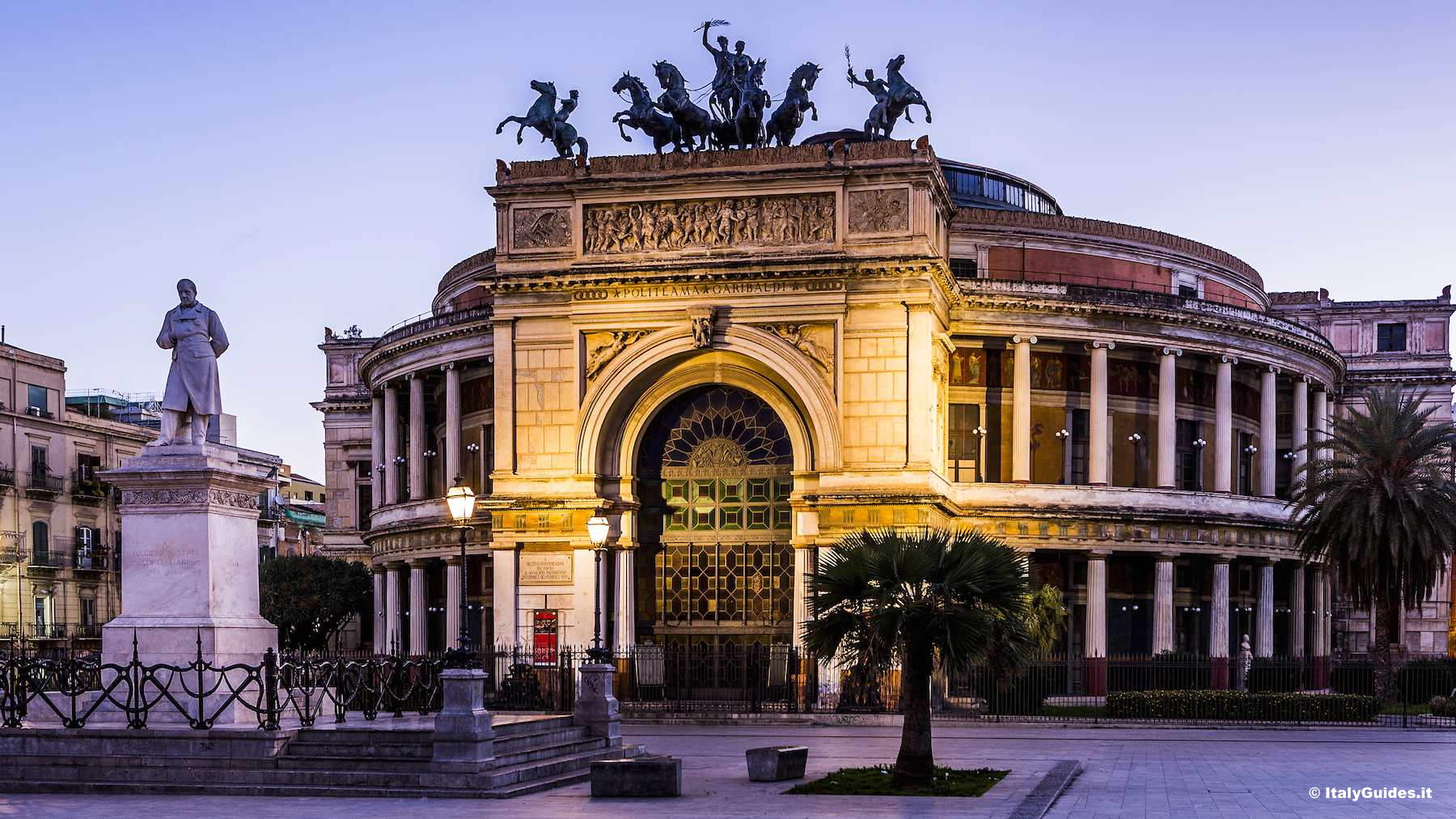 The B & B La Via dell’Acqua in San Vito Lo Capo in Macari district offers the tranquility of a relaxing holiday overlooking the sea in a quiet and peaceful environment just a few minutes from the tourist turmoil of San Vito Lo Capo, with its beach, small shops, crafts, restaurants.

The location is ideal for visiting the coast and the most evocative areas of western Sicily.

The territory boasts a huge variety of seaside resorts, all different in their shape ranging from the renowned beach of San Vito Lo Capo, to the Bue Marino beach (Awarded as the most beautiful beach in Italy 2015 by Lega Ambiente), to the quiet and crystal clear beach of Baia Santa Margherita with its train service to the discovery of isolated corners of the sea, the Zingaro Nature Reserve with wild and uncontaminated landscapes, the Monte Cofano Reserve with its pristine beaches, Isulidda with its breathtaking sunsets.

Chosen more and more frequently all year round by sportsmen for the natural environment ideal for naturalistic walks, for trekking, cycling and for its spectacular cliffs overlooking the sea, half more and more renowned for climbing enthusiasts.

The area around Macari and San Vito Lo Capo offer ideas for visits all over the west coast, it is possible in a few minutes by car or bus to visit countless tourist destinations rich in unforgettable landscapes, history and culture.

ERICE: it is undoubtedly the most evocative village in Sicily. Located 751 meters above sea level on the legendary Mount Erice, from it you can enjoy a wonderful view to Tunisia and Etna. It is a characteristic medieval village that has remained intact from the passage of time. It is possible to reach it by cableway located at the end of Trapani and from here admire the landscape below of Trapani, the water mirrors of the Saline and the Egadi. To taste the typical sweet of Erice, the Genovese, sweet shortcrust pastry and cream of milk faithful to the ancient recipe created by the nuns of the monastery located there. Unforgettable is the landscape that can be appreciated from the Castle of Venus, a fortress built for the worship of the goddess overlooking a rocky ridge.

MOTHIA AND SALINE: 15 km from Trapani, the islands of the Stagnone, the salt lagoon between Trapani and Marsala offer an unforgettable landscape with its pools of water, the windmills and the piles of salt that shine in the sun. Do not miss the visit to the Withaker museum (archeology enthusiast) on the island of Mothia where remains of Phoenician artifacts are kept. Mothia is reached by one of the boats that depart from the mainland or is reached by tourists in swimsuits plunging in the shallow waters of the lagoon to the island (remember that the museum does not allow entry to those who are not dressed appropriately. Do not miss the sunset at the bar in front of the Stagnone overlooking the lagoon.

SCOPELLO: Small village perched on a rocky cliff with incomparable charm. Built around an eighteenth-century baglio with high walls and imposing gates characterized by white buildings and stone-paved streets. Its historic tuna beach on the breathtaking landscape was the backdrop to publicity and numerous films including Ocean’s Twelve and Commissioner Montalbano. The bay is protected by stacks rising from the sea and is a 20-minute walk from the village (1.5 km). It is possible to visit it (admission fee 3.5 euros) and swim in its incredible blue waters. At 2 km from Scopello there is one of the two entrances to the Zingaro Nature Reserve, pearl of the Gulf, which joins the second entrance to San Vito Lo Capo.

CASTELLAMMARE DEL GOLFO: Located in the center of the gulf of the same name, the town has a port with the remains of a Saraceno castle, is surrounded by sandy beaches. The coast to the north-west of Castellammare is perhaps the most beautiful of all Sicily, dotted with enchanting unspoilt coves and white pebble beaches, one of these is the Guidaloca Bay.

RESERVE OF ZINGARO: gypsy 2Primo protected park of Sicily, will enchant you for its uncontaminated landscapes, flora and fauna close to emerald green mirrors, its extension goes from San Vito Lo Capo to Scopello. White pebble beaches will enchant you, especially out of season when the landscape will allow you to better appreciate the environment with walks through the dirt paths. (Www.riservadellozingaro.it)

EGADI ISLANDS: They are the most accessible among the Sicilian islands. (Www.egadiweb.it)

FAVIGNANA: is the largest and closest island and is home to the main tonnara. cala_azzurra_favignanaThe butterfly is the most beautiful beaches to be found in the east (Cala Azzurra, Cala Rossa). The island preserves an abandoned Norman castle.

LEVANZO: the smallest of the Egadi, is largely home to pastures of sheep and goats. Its blue sea together with the white houses recall the landscapes of the Greek islands. Main beaches: Casa Tramontana and Cala Minnola. The most interesting attraction is the Grotta del Genovese which preserves engravings depicting animals and dating back to 6000-10000 years ago.

MARETTIMO: The wildest and furthest from Trapani, characterized by picturesque indented coasts and coves with isolated beaches accessible only by boat. It is entirely pedestrian. Enchanting its views at sunset and its pristine coves. It is possible to explore it on horseback to a donkey.

SEGESTA: The ruins of the ancient city of Segesta rises in a green hilly landscape. Of the settlement dating from the twelfth century a.c. there is a Doric temple and a theater.

TRAPANI: (www.trapaniwelcome.it) closer to Tunisia than to the Italian mainland, this gives this typically western African capital city of western Sicily. It boasts an elegant historic center. Trapani was a flourishing commercial Punic station as a port of Eryx (today’s Erice), thanks to its proximity to Erice.

MARSALA: renowned for its fine dessert wines is a fascinating province. Elegant and full of sumptuous Baroque buildings it is ideal for a quiet walk and a dinner. To visit the Baglio Anselmi Archaeological Museum which preserves a partially reconstructed Carthaginian war ship. For fans or curious about the history of the famous Sicilian wine you can organize a guided tour of the Florio cellars (www.cantineflorio.it) (www.stradavinomarsala.it)

MAZARA DEL VALLO: Mazara was one of the most important cities of Saracen Sicily. The old district of Mazara closely resembles a North African casbah (and “casbah is the name that has been attributed to it not by chance), as it is full of intricate alleys including beautiful baroque buildings and Norman buildings. (Www.comune.mazara-del-vallo.tp.it/turismo)

PALERMO: (100 km from La Via dell’Acqua) Rich in history and contrasts, the Sicilian capital, preserves architectural and cultural memories of the peoples who have come and gone. The proximity to the sea, the countless architectural works, the light that floods it, the decline of the sumptuous historic center will make you appreciate the contrasts and splendor of this city. A quick visit will start from the heart of the city Corso Vittorio Emanuele and then continue on via Maqueda, via Ruggero Settimo and via Libertà, the heart of the city shopping, crossing the majestic cathedral, the Teatro Massimo and the Politeama.

CEFALU ‘: (160 km from La Via dell’Acqua), is a wonderful medieval town close to the sea that enchants for its cathedral built under the cliffs that houses one of the most beautiful mosaics of the island. The beach, although very crowded in July and August, remains one of the most beautiful in Sicily, with its houses close to the beach. (www.cefalu.com; www.cefalu-sicily.it)

We use cookies just to improve your experience on this website. If you continue to use this site we will assume that you are aware of it.OkPrivacy policy